My expertise consists of a thorough knowledge of processes in medical laboratories. I have built up an extended social network at medical laboratories and suppliers. I have a BSc-degree in Clinical Chemistry and a MSc-degree in General Management from Business University Nyenrode. One of my strengths is maintaining a helicopter view. This enables me to operate well in complex situations. 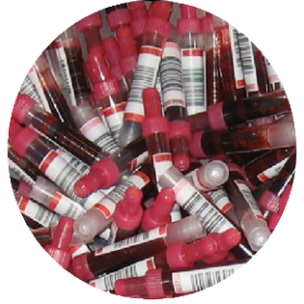 I worked at Saltro Diagnostic Centre in Utrecht as a Laboratory Manager from 2001 to 2012. During those years, the annual revenue increased from €12 million to €35 million. I led several change projects, including integrating three other laboratories. I built up an efficient and effective laboratory organisation. The laboratory organisation consisted of several disciplines: clinical chemistry, hematology, immunology, infection serology, therapeutic drug monitoring, thrombosis health service, bacteriology, and histocytology.

As a Lead Assessor for the Dutch Council of Accreditation, I have led several audit teams of specialists in conducting external audits of medical laboratories since 2008.

From 1996 to 2001 I worked at Saltro Diagnostic Centre as a Quality Manager. I was responsible for the set up and accreditation of the quality system according to ISO 15189 (KPLG CCKL).

From 1996 to 2000, as a Consultant for Kerteza, I assisted several hospital laboratories in setting up and implementing a quality system according to ISO 15189 (KPLG CCKL).

Interest in my resume?
Request the resume here!